Radical Face is a musical act whose main member is Ben Cooper.

Cooper chose the name Radical Face upon seeing it on a flyer. He later found out it was a plastic surgery flyer saying 'Radical Face-Lift' with the word 'lift' ripped off.

Cooper's first album to be recorded under the Radical Face pseudonym was The Junkyard Chandelier (2003). The album was never formally released but has since been available as a free download online. Ghost was the first official studio album, released by Radical Face in March 2007.

On November 16, 2010, Cooper released a six-track EP titled Touch The Sky, which served as an appetizer for an announced trilogy of albums called Family Tree, which follows the tale of a fictional family, the Northcotes, through its generations. It is dedicated to the first two generations of the Northcotes family tree and is narratively based in the 1800s.

Leading up to the release of the first album, The Roots, The Bastards: Volume One EP was released track by track, the first of a number of free EPs over the course of the Family Tree project. The Roots was released on October 4, 2011. In August The Roots was accidentally released to users outside of the US on iTunes. It was followed by The Branches and The Leaves.

The Family Tree: The Branches was released on October 22, 2013 in America and on November 1st in Europe. The Bastards: Volume Two was also released that year.

Clone, an album by Ben Cooper and Richard Colado, was announced to be released through Bear Machine Records and available by fall of 2012. After many delays, the first track of Clone, The Laboratory, was released on September 23, 2014. The album was released in acts, Cooper adding one act per week to release the album. Each track has a full explanation of the act available at projectclone.com. 'Laser-engraved crystal thumb drives' were designed as an alternative medium for the album.

The single Welcome Home was played at the beginning of the first episode for the TV series The Returned. It was then used as theme in Nikon's worldwide campaign "I'm Nikon".

In late 2018, Cooper released his 6th album Missing Film, which is appropriately entitled, as the album was intended to be used by indie film makers royalty free under creative commons, or in Cooper's own words, "So basically, as long as you are not selling something, then you can use any of it without needing my explicit permission." As one would imagine, the album consists only of instrumental work, a departure from his previous work, but unsurprising as Radical Face has released several songs that have been used in television and movies because of the emotional nature of Cooper's songwriting. 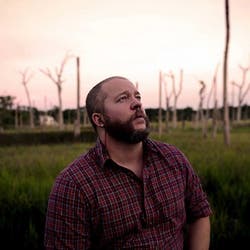 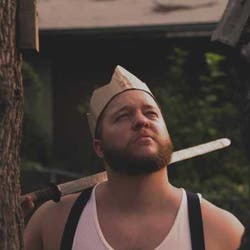 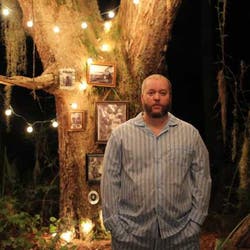