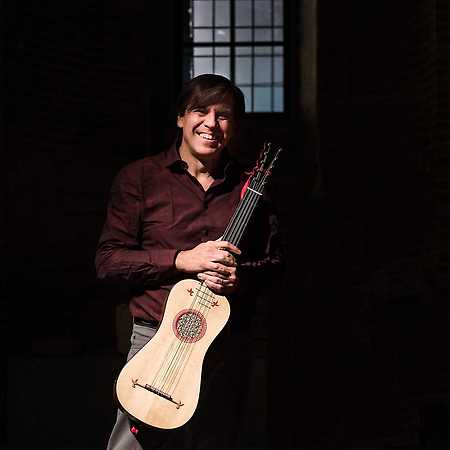 Quito Gato is a graduate of Universidad de las Artes in Buenos Aires in Argentina. He continued his studies taking courses in orchestra conducting, composition, recorder, and percussion in Argentina, as well as in Santiago de Chile, Brasilia, Curitiba, and Boston. In 1992, he began to focus on early music with instruments such as lute, Baroque guitar, vihuela, and theorbo, studying with Hopkinson Smith, Eduardo Egüez, and Dolores Costoyas. He has performed as a director, soloist, and member of various ensembles in the most important concert venues across South America, the United States, and Europe, and has toured extensively in Asia, introducing South-American Baroque music in Israel, Malaysia, Thailand, and South Korea. He regularly collaborates with Cappella Mediterranea, L’Arpeggiata, Le Poème Harmonique, Le Concert d’Astrèe, Les Musiciens du Louvre, Ensemble Clematis, A Corte Musical, and Il Caravaggio.

In 2007 he founded his group Glossarium with whom he pursues a busy concert schedule in the field of Spanish Renaissance and Baroque music. As a composer and arranger he works both in publicity and cinema.