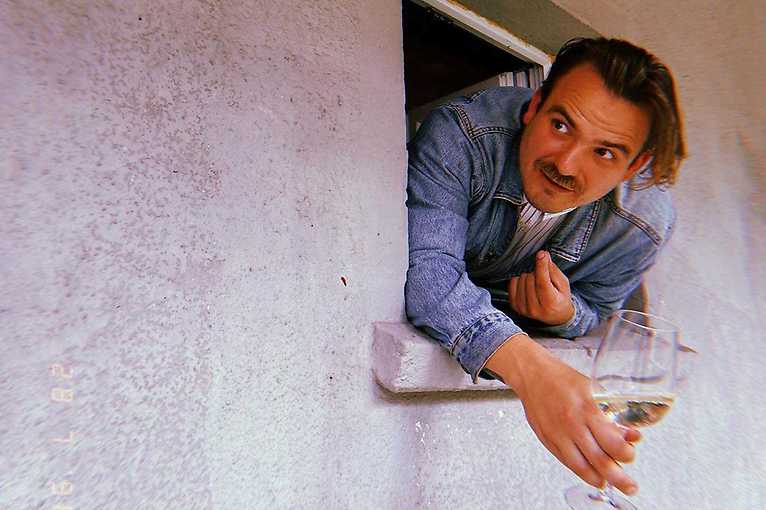 Four months after his premiere concert, Qba Janicki was supposed to return to SPATiF with his instrument, “The Sound Board”, but due to the ongoing epidemiological threat, the concert was moved to the net. On the same day and at the same time, the concert will be broadcast straight from Qba Janicki’s studio, located in the projection booth of Kinoteatr Zdrowie in Sokołowsko.

During the concert Qba Janicki will present the material inspired by the album Intuitive Mathematics, released in 2019 by Bocian Records, which is an illustrative improvisation, recorded using piezoelectric amplified percussion instruments and an instrument of his own construction called Sound Board. This instrument is made of metal springs, screws and tongues, attached to a pine board. The highly amplified piezo amplification brings all sounds closer to the listener’s ears, allowing you to hear the rich harmonies contained in the drum kit and “non-musical” elements such as friction, squeaking and vibrations that occur inside the highly resonating set of mechanisms. All amplified instruments are redirected to an analog mixer that sends a signal to the speakers behind the kit, allowing you to play at a continuous limit of feedback, controlled by frequency correction, voltage changes in the individual membranes, placing different kinds of elements on drums or positioning your body relative to the set of instruments and speakers. The signal from the mixer is also processed by a number of effects, which introduces the listener to a world of warm, analogue, electroacoustic synthesis.