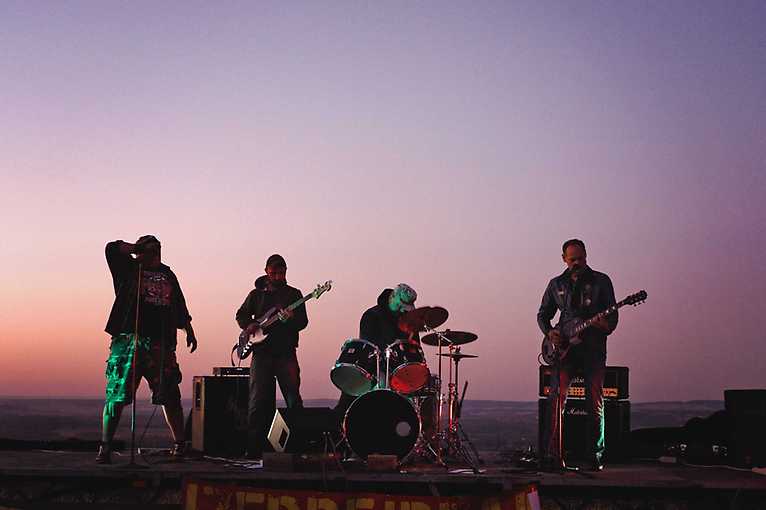 Three punk crews will play concerts at the Alive club in Wroclaw.

The band Moscow, formed in 1983 by vocalist and guitarist Paweł Gumola, is a legend of the Polish punk rock scene, which has been performing on the Polish music scene for over 30 years. The band debuted at the Jarocin festival in 1984. Immediately after the festival, the band recorded its first studio songs, which achieved radio popularity of the then independent music stations. The band’s first album was released in 1989 under the name of Moscow, and disappeared from shop shelves within a week. The next album was titled Moscow. Życie niezwykalne - was released two years later. Then the band went to concerts in Germany, and after the tour in Germany, the vocalist suspended the band for 3 years. Since 2000 the band started to give concerts again. The band Izerbejjan was formed on the basis of the first edition of Izerbejjan Punk Eko Fest. The frontman of Teo and Darek Królik Królikowski, the guitarist after the break-up of Pinocchio Alternative, who played their last concert during the first edition of Izerbaijan Punk Eko Fest 2017 in Wolimierz, knew that they were still playing. Concert material was created and in 2018 there was material for the album, which is being appointed the first official release of the band - PanI z mięsnego. Dobra-Dobra – is a band from Złotoryja founded in spring 2011 by Krzysztof Hood Kalinowski and Rafał Ravicios Chmielewski. Drummer Wojciech Hanka Hanysz joined the project and in this line-up the band recorded Dobra-Dobra…Probably you.