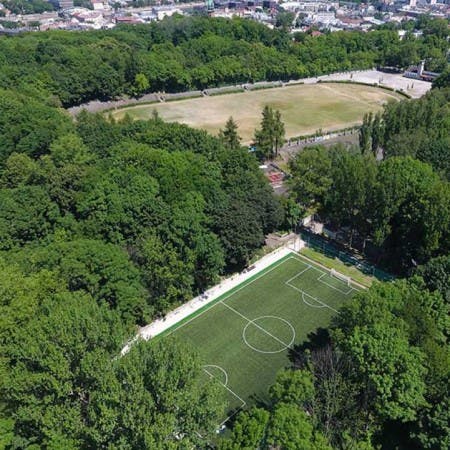 The Park Sports Centre is the new name of the former Kraków Crown Stadium. After a period of weariness, the recent history of the facility and the plans to create a Park Sports Centre on its premises mean that the stadium and the surrounding area will slowly recover and, as in previous years, will again attract those willing to take part in sports in this unique place. Cleanup works are currently underway at the stadium. The building has been cleaned up, the greenery has been cleaned up and the graffiti has been removed from the stadium building, which is also awaiting renovation. In addition, the turf of the main pitch has been renovated. It is a perfect place to organize an occasional event, concert, event, picnic or sports competition. It is here that Męskie Granie takes place, i.e. a concert which is very popular among the inhabitants of Krakow.