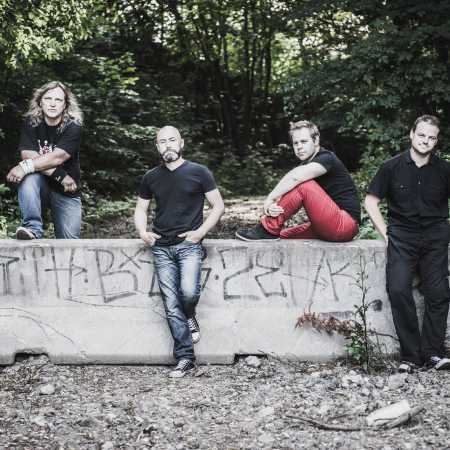 Public Relations  Property of You

Public Relation group was founded in 2004, when it was founded by the then drummer Luke Kraut. After some time he took up the post of frontman and singer. Many in the band of musicians, to report in 2008 settled in the form of Luke Kraut-vocals, Tomáš Frieb-guitar, Jiří Sosik-guitar, Tomas Klos-bass and Luke Curled-drums.

In this report, the band recorded in 2008 their debut album titled “No Turns”, and began performing at the Club and Festival stages, enhanced perkusionistou and Tomáš showmanem Demlem. A year later, the group leaves Luke and his place is Marek Ultimate, which after 13 years back from the USA. In 1979, the band continues, later without Tomas Deml, who decided with Public Relation on get out.

At the time of the intense work on the new material, which culminated in the 2011 release of the album titled “The Platinum Air”. After the baptism, and a series of concerts, on which she appeared as a guest singer Martina Pártlová, the band gives less holidays and Luke Kraut starts to work on solo material. In July 2012-to date, the eighth anniversary of the founding of the band-with Luke decided to pay only their Kraut solo career and Public Relation leaves. Together with him and guitarist Tomáš Frieb.

At the beginning of the year 2013 after a long search, the band found a replacement for the post of frontman of Public Relation. The right man, which perfectly fits into the ideas and plans of the group, became the lead singer of Jan Ražnok, who has had appearances in many bands and projects. – Translated by Automatic service

James and the Butcher