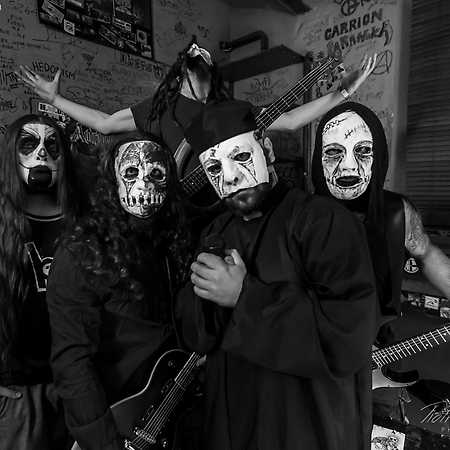 Psychotype was created in Oslo 2016 as a result of an interaction of two Polish musicians. Today, Psychotype is a combination of 5 different musical personalities that create the strength and character of the band. Psychotype perform in masks, building an atmosphere of mystery and madness pouring out of the stage during their performances. On June 1, 2018 their debut album The Way To Kill For. was released. Recorded in Hertz Studio, where productions of such bands as Behemoth, Decapitated or Vader were created, The Way To Kill For was promoted at concerts in Poland supporting Decapitated, among others. during the BM2TMP final competition, out of 10 bands, the jury selected Psychotype to represent Poland at the Bloodstock Festival in Great Britain.