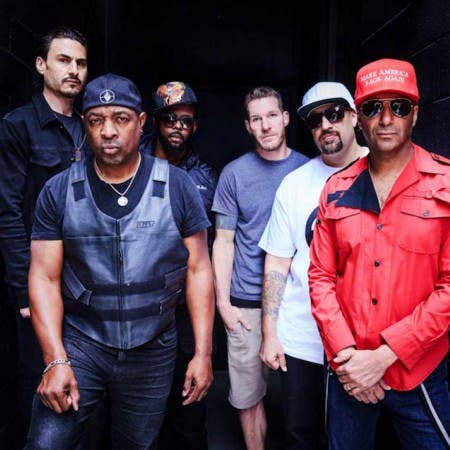 Prophets Of Rage  Shut Em Down

About Prophets of Rage

Formed in 2016, Prophets of Rage consists of Rage Against the Machine’s bassist and backing vocalist Tim Commerford, guitarist Tom Morello, and drummer Brad Wilk, with Public Enemy’s Chuck D and DJ Lord and Cypress Hill’s B-Real. The band’s name derives from the title of the Public Enemy song “Prophets of Rage” from their 1988 album It Takes a Nation of Millions to Hold Us Back. To coincide with their protest performance at the Republican National Convention, the band released their debut single, entitled "Prophets of Rage."