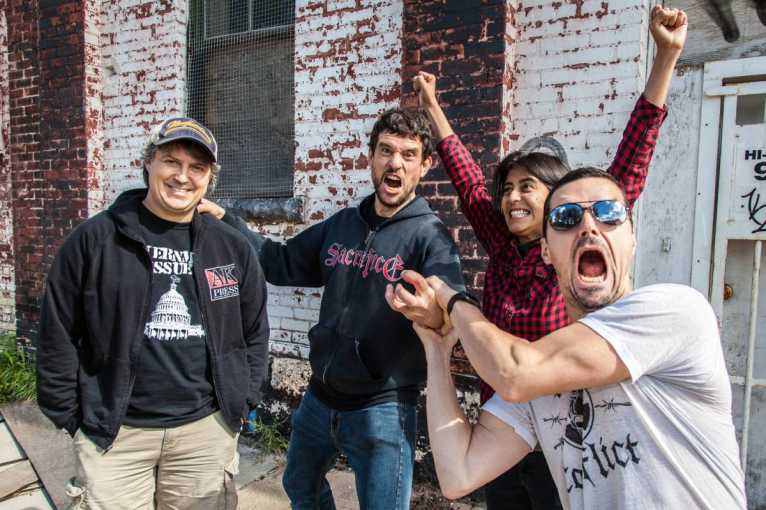 Since forming in Manitoba in 1986, Propagandhi have brought an emphatic anti-fascist message to their music. Along with addressing a number of personal losses suffered in recent years, Victory Lap, the band’s first full-length since 2012’s Failed States, finds the band facing a landscape in which fascism is — among a certain crowd — suddenly trendy.

On the Victory Lap Tour 2018, they are going to be supported by the melodic hardcore formation Dag Nasty, the San Francisco Indie band Dead To Me and the punk rockers of Rvivr.