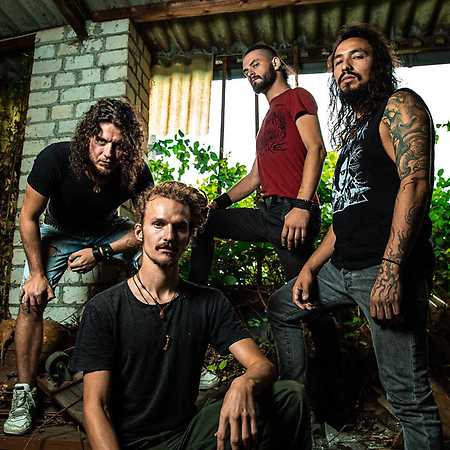 Pripjat  Survival Of The Sickest

Pripjat is a Thrash Metal band that was formed in 2011. The band name has a simple story. Kirill (Vocals, Guitar) and Eugen (Guitar) both come from Kiev, Ukraine – 80 kilometers away from the Tschernobyl nuclear plant. Their lives have directly been influenced by the nuclear disaster back in '86. This is often reflected in their lyrics, like in Liquidators, Acid Rain or the title track of their record Sons Of Tschernobyl.

In the time since their formation, they have managed to play a lot of gigs and record the four track demo Liquidators, which got very positive press response. Their debut record Sons Of Tschernobyl is completely self recorded, mixed and mastered and convinced the critics not only with its energy, diversity and a ‘pissed off attitude’. In 2018 they released their second album Chain Reaction.