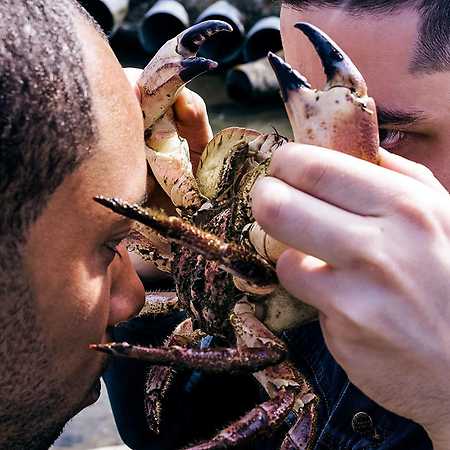 Primitive Art is an Italian experimental music band that was founded in 2011 by Matteo Pit and Jim C. Nedd. Digital soundscapes provide the arena for timbres, melodies, verses and spoken words to crash into one another. Within the haze the duo winds up its chaotic energy, channeling their intimate songs in strange territories. Matteo and Jim have very different backgrounds and identities but share the stage as producers and performers. The studio sessions and live act intermingle as the songs’ native sources, reproducing the twofold essence of their apocalyptic dub. Primitive Art are also active in their solo endeavours. Pit handles the art direction of one of the most relevant Italian clubbing platforms, Club Adriatico and recently composed the soundtrack of Yuri Ancarani’s film Whipping Zombie. Nedd has co-directed with Invernomuto “PICO Un Parlante De Africa En America” a documentary about Colombian soundystems which was followed by the curation of a compilation on Honest Jon’s Guarapo! Forty Bangers from Barranquilla. Their last EP Crab Suite was published in June 2018 by Warp Records sublabel Arcola.