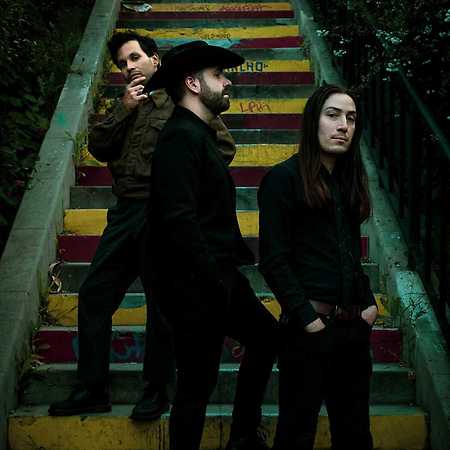 Prettiest Eyes operates as a three piece. Members Pachy (Drums & Vocals) and Marcos (Bass) from San Juan, Puerto Rico met Paco Casanova (Keyboards & Electronics) from Juarez, Mexico and decided to form the second phase of the band after the original keyboardist Love Juice decided to leave the band shortly after its initial emergence.

Based in Los Angeles the band crafts a notoriously popular live show that blends elements of Psych-Punk, Noise, Krautrock and Industrial with a solid blues-based backbone. The final product is loaded with razor-sharp elements and buzzing keyboards processed through effect pedals for an excruciating crunch.