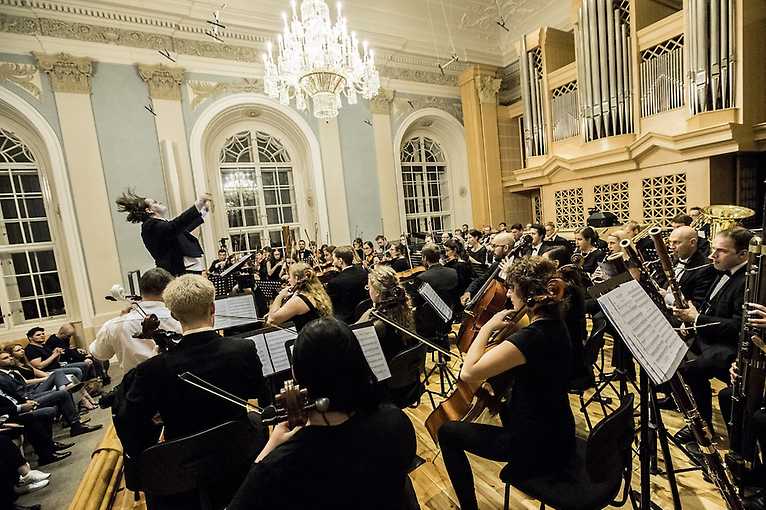 Prague Film Orchestra with conductor George Korynta currently begins its 16th season. They are going to visit several czech concert halls. The top of the season is definately going to be performance in Smetana Hall of Municipal House, Prague. On one hand, orchestra will introduce pillars of its concert programme and also much more. Amongst the titles are pieces from Star Wars saga and about adventures of Indiana Jones or magician Harry Potter, that all has been going along with since the orchestra was founded in 2004. All these titles are linked with name of genuine film composer John Williams. Also a lot of music from Pirates of the Caribbean movies has its place in concert programmes. Most of them are work of one the most requested film composer of today – Hans Zimmer. It would not be great film music concert without newly-premiered-pieces or titles that has not been played for some time. Film composers often emphasize important moments of the movie with choir singing. On this concert the mixed choir of Canti di Praga (choirmaster Jan Svejkovský) and Prague Film Choir leaded by choirmaster Mrs. Kamila Tůmová will accompany the Prague Film Orchestra. More informations are available on the website of orchestra.

Tickets Save Saved Loading
The Earth Is the Lord’s Praha 1, Municipal House mon 17/5 20:00