The ensemble Praga Camerata follows this tradition and the tradition of the Prague Chamber Soloists ensemble, which was established in 1961 by the principal conductor of the Czech Philharmonic Orchestra Vaclav Neumann. Pavel Hůla, current leader of the Praga Camerata, had been a member of the original ensemble since 1972. In what has been its major characteristic feature, the Praga Camerata membership is now comprised exclusively of outstanding instrumental soloists, chamber musicians, cultivating with the ensemble a repertoire centered around highlights of the world concertante literature from baroque to contemporary music. The orchestra´s standard string combination (comprising 14 players) is occasionally enlarged by wind instruments, opening up the way to a broader repertoire. 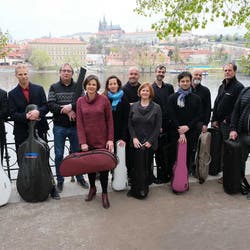 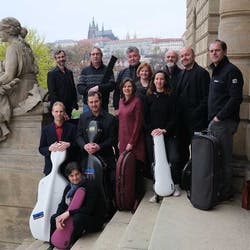