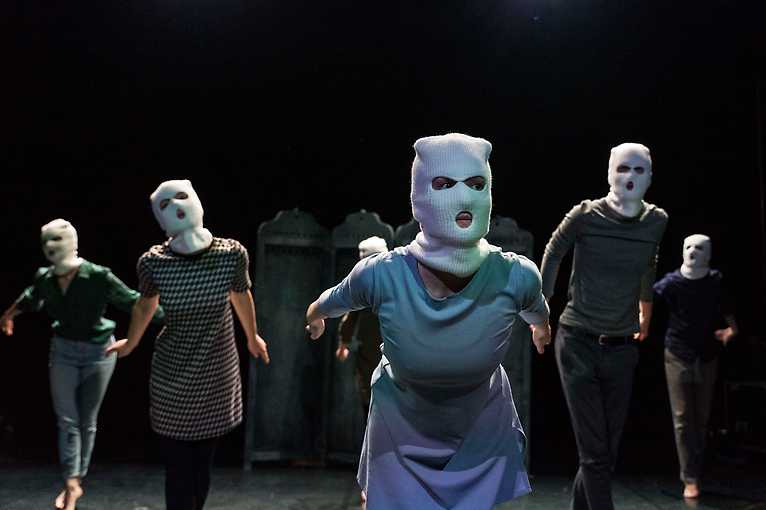 Devised by the theatre group 8lidí utlitizing a directorless, collective collaboration approach, Press Paradox takes as a starting point Russian journalist Arkady Babchenko, whose assassination in front of his door after flying to Kiev shocked global media. But one day after his death, live Babchenko appeared at the press conference and claimed that the whole murder was staged to actually avoid a factual assassination. What are today’s journalists threatened with? When to give priority to your personal safety and when to comply with the ethics of the journalists profession?