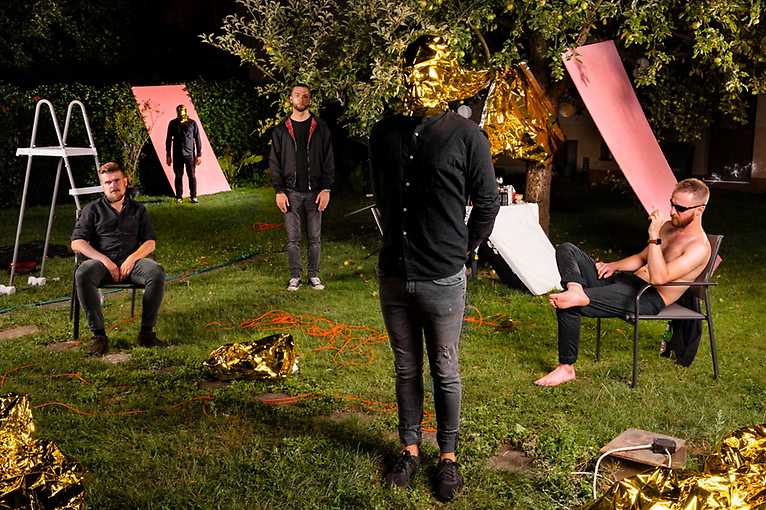 Post Mortem is a cyclical Torun-based DIY party with a post, sludge, black and doom metal vibe. The eleventh edition of the event will take place on Halloween in the NRD club.

Post Mortem is a cyclical Torun DIY party with post, sludge, black and doom metal atmosphere. During the Halloween edition 5 Polish bands will perform. Fleshworld is a five-piece band from Krakow, moving in the themes of uncertainty, change, unobvious beauty and unnamed emotions. Fleshworld is an unpleasant, noisy and melodic post-hardcore that evokes nostalgia, regret and anxiety. Fleshworld formed in 2010 as an electronic/post-rock duo. In each subsequent incarnation, the band has gradually departed from their original direction, creating music that is increasingly heavy, unsettling, and aggressive. Dola is psychedelic doom metal, acoustic guitar, blast beat and distorted bass melting in a melting pot filled with primitive madness, apathetic sadness, childlike nostalgia and fear worthy of today’s times. 4dots is a trio playing an instrumental blend of heaviness, ambient metal, trance and post-post, encapsulating their sonic statements in 8-15 minute compositions that, in their span, contain several markers of different musical genres, none of them classical. The band has shared the stage with Obscure Sphinx, Rosk, Merkabah, Ketha and Tides From Nebula or God Is An Astronaut, among others. At the end of 2019, the group’s next album titled. XIXIX. Corpse is a noisy band from Warsaw combining influences of death, black and sludge metal in their work. They don’t look it. They don’t go below the basement level. Misguided, on the other hand, is a new team of members from Suicidebycop, Slug Abuse or Back To Skull. The band is fresh from their debut EP released on Arcadian Industry. Simple and concrete mix of oldschool, basement death and grind-hardcore patents.