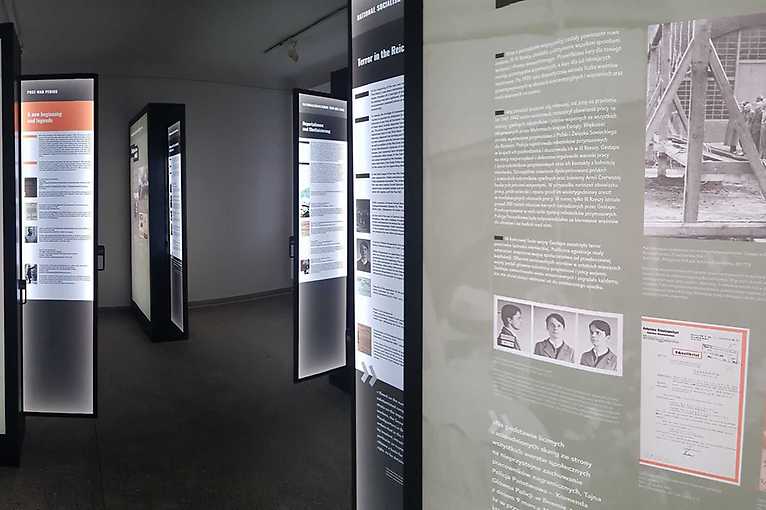 In a democratic state, the police is supposed to uphold security and order. Yet Nazi Germany was a totalitarian state based on the use and condoning of extreme violence. Prepared by the German Police College in Münster, the exhibition describes the role of the German police from Adolf Hitler’s seizure of power to the fall of the Third Reich. Subsequent parts of the exhibition are devoted to the development of police structures, the profiles of people responsible for police work and the activities of the German police apparatus on the eve of and during World War II. The various illustrative materials developed by the exhibition’s authors – archival documents, propaganda prints, and photographs – provide a glimpse into how the Nazi regime pursued its political and ideological goals using police force.

As the exhibition curators write: “Questions about the tasks of the police and the limits of their legitimate actions are still relevant today. Reflecting on the role of the police in the Nazi state should raise awareness not only within the police but also among the general public that police violence requires severe restrictions by the rule of law in order to permanently guarantee individual freedom and the freedom of society.”

Tickets Save Saved Loading
Trace of Memory: A Contemporary Look at the Jewish Past in Poland Kraków, The Galicia Jewish Museum Permanent