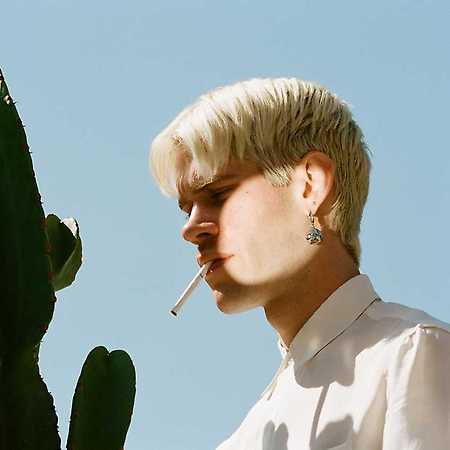 Porches is a performance alias of synth-centric indie singer/songwriter Aaron Maine, though at times Porches has functioned as a band. Porches began in 2010 in the musician’s hometown of Pleasantville, New York when, after touring briefly with his first band Space Ghost Cowboys, he started making four-track recordings of experiments with a Casio CA-110. The project released three EPs in 2011: Summer of Ten, Je T’aime, and Scrap & Love Songs Revisited. Maine relocated to Manhattan the following year. In the summer of 2013, record label Exploding in Sound issued Porches' first full-length album, Slow Dance in the Cosmos, an ambling work of '90s alt-infused indie rock centered on guitars and drums — though, like his prior EPs, not without spacy electronics. After gathering a sizable fan base, particularly in response to live shows across the New York City area, Porches signed with Domino in 2015. The label released his sophomore long player, Pool, in early 2016. While retaining his characteristically downcast tone and incorporating a variety of style influences, it represented a move to full-on indie electronica.