At the age of 16, Popa Chubby, whose real name was Ted Horowitz, picked up his first guitar and did not put it down again. He played until his fingers were bloody, trying to imitate the blues licks he knew second hand from the rockers who played them. In the late seventies, Popa was hired by punk rock legend Richard Hell for a world tour. During the eighties Popa dealt with different styles of music, which gave him the basis to survive as a professional musician. Chubby was hired for another world tour and asked to incorporate his blues-heavy guitar sound for Pierce Turner's album The Sky and The Ground. Popa worked with Pierce in the late 1980s.

In 1990 the Popa Chubby Band was founded. The name came from an impromptu jam session with Bernie Worell, one of the founding members of the Psychedelic Rock and R'n'B group Parliament-Funkadelic.

Popa Chubby's music was shaped by the influences of New York City. His innovative style blends blues with rock, rap and hip hop. With his razor-sharp, biting guitar and his phenomenal skills as a songwriter, Popa Chubby artistically blends the roots of blues with the modern urban elements of today's hip music. 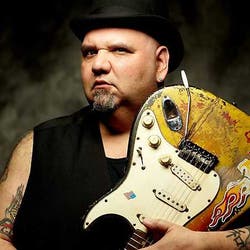 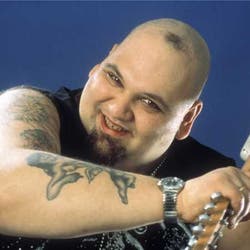 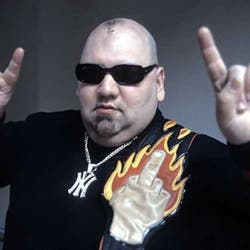