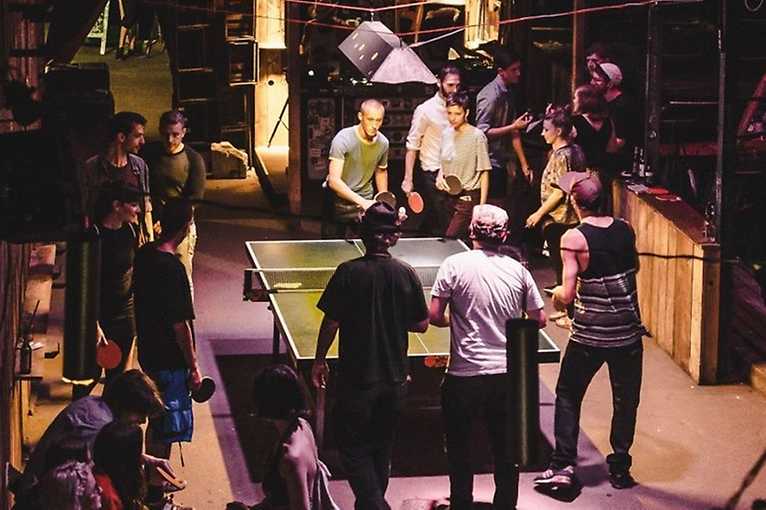 During the summer months Pong Club takes place at Griessmühle’s garden floor. The music comes from Ayse Pervers and Alexander Dahlmann this time, together with ping pong at three tables, games like viking chess, badminton, basketball, boule, darts, chess and a DIY barbecue. Everyone can bring their own food and grill it at the place. Rackets can be brought or borrowed.

Following the Raving Lebanon motto, the party series and Pong Club invite to collect money for the charity project for Camp 009 in Lebanon’s Bekaa plain. The DJ pays and the money from the donation box go directly to the Camp 009 Lebanon project. Further information about the project here

In the garden, there will be a photo exhibition by Ina Felina with photographs taken during her visit of three refugee camps in Lebanon’s Bekaa plain during her last trip to Lebanon.