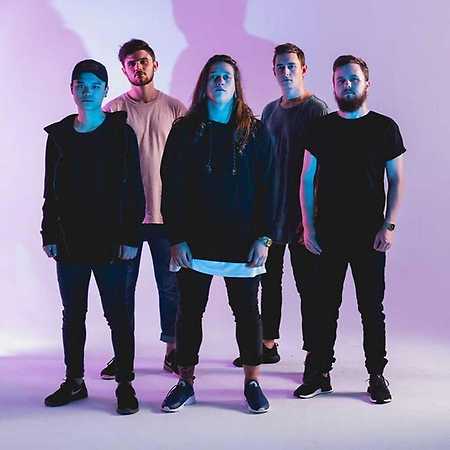 Polaris is an Australian metalcore band from Sydney that was formed in 2012. At the end of November 2013, the band released their first EP Dichotomy, which was produced by Will Putney and sold through self-distribution.
In the first three years after their formation the band went on two concert tours through Australia and were the opening act at the Free Your Mind Festival which was organised by djent band Northlane. They released their second EP The Guilt and the Grief, on which Northlane singer Marcus Bridge is a guest vocalist, at the end of January 2016. Once again the EP was self-distributed but managed to start as number 34 on the Australian albumcharts, where it stayed for a week.

After getting signed by Resist Records, which rereleased their EP The Guilt and the Grief on vinyl, they were also signed for the international market by SharpTone Records in 2017.
On the 3rd of November 2017 they released their debut album The Mortal Coil, which was produced by Carson Wentz and Grant McFarland. In 2018 The Mortal Coil was nominated in the category Best Hard Rock/ Rock/ Heavy Metal Album at the ARIA Awards.

Their music is described as a melodic variation of metalcore, while also showing influences of the djent movement. They get compared to bands such as Architects, Northland and due to their occasional poppy vibe even to Erra and The World Alive. Jamie Hails singing is perceived as extremely emotional which also appeals to post hardcore fans. Like most representatives of the musical style, the singing switches between screaming and melodic singing.