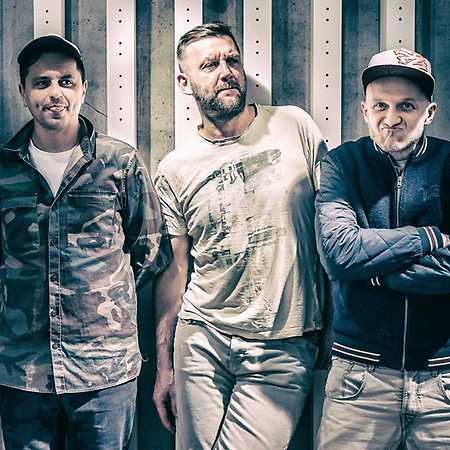 Pogodno was formed in 1996 by Jacek “Budyń” Szymkiewicz together with Adam Sołtysik and Tomasz Kubik. Pogodno is also the name of their first album. The release was very eclectic for it’s time – apart from almost punk songs (Elvis), it included electronic compositions with fuzzy bass lines, as well as original lyrics, often using wordplay. Pogodno members have also written lyrics and songs for artists such as Nosowska, Brodka, Natalia Nykiel and Marek Dyjak, as well as playing in the bands Hey, BiFF and Zbigniew Wodecki & Mitch & Mitch. The band has repeatedly changed its line-up and place of creation – the person who has always remained in the line-up and at the same time links the whole history of the group is a musician from Choszczno, Jacek Szymkiewicz.