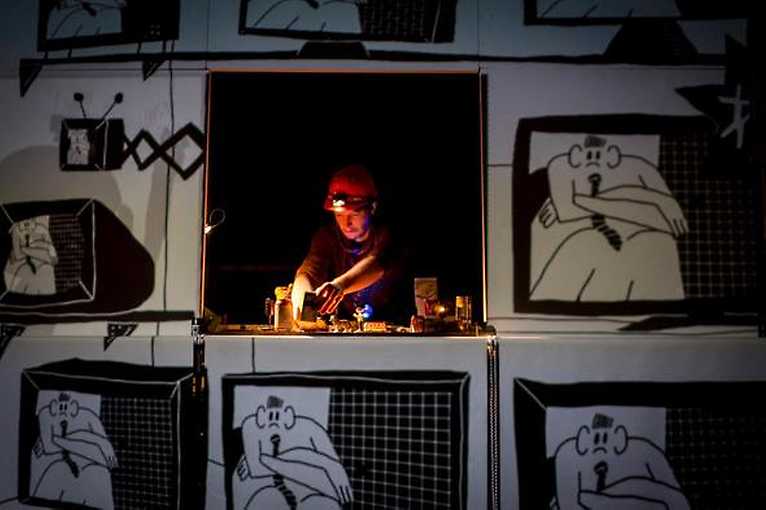 A family performance combines fiction with documentary theater and the genres of live-cinema with comics, live music and rap, object theater and physical action. The mobile projection screen is an unforgettable experience, which changes with each new scene, evoking the comic genre.

In Hong Kong, five publishers publishing saucy stories about the wives of high-ranking officials have been kidnapped by the Chinese secret police. At the same time, a black dog, who escaped from a secret biology lab striving to create a new military unit, and a lonely boy, who got lost on his way to school, meet on the shore of a lake. A coincidence will bring them together, and another one will turn them into the main adversaries of the all-powerful secret police. Will the two be able to deliver a message from one of the kidnapped to an independent Hong Kong newspaper?