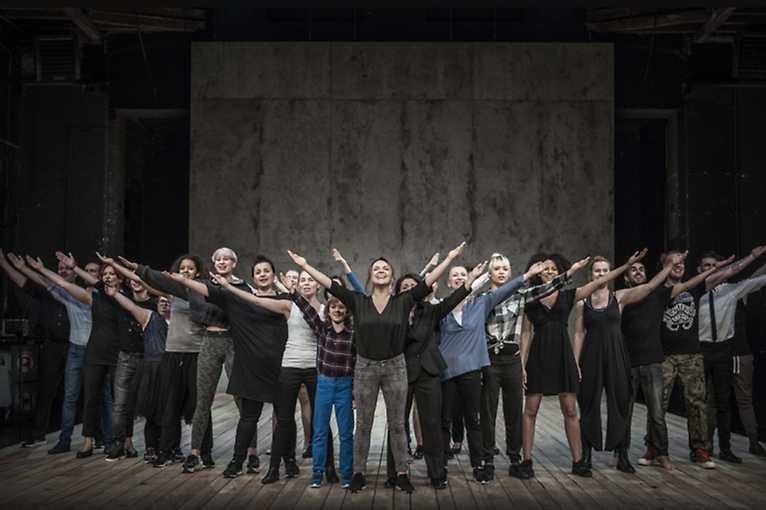 This is a show about Europe closing its ranks. Nation after nation is crying out: “Give us back our country!” And Poles are eagerly joining in the chorus.

It is also a show about how every nation loves to forget. And how human time-bombs are so furious they’re blowing their fuses. Thus, history repeats itself. So, just for us, the chorus will sing The Song of the Forgetful Nation:

The truth is that this nation let all of this happen. It let certain of its children, the chosen children, die, even though they were never its children, children of that nation. OK. So that makes it all right. And, anyway, it wasn’t THIS country but that one: (high and low) Germany. And we don’t know anything about it. WE DIDN’T SEE IT HAPPEN. Certain facts have been tailored to fit the story. And since it’s only been a short time that we’ve had this country and this nation for our very own, we fight, fight to make it our country, our Poland, ours and ours alone.