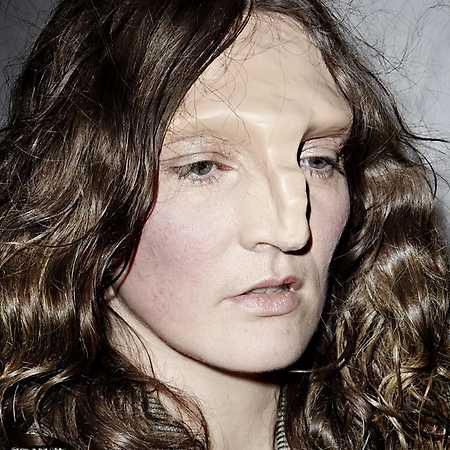 Jam Rostron (formerly Janine), better known by their stage name Planningtorock, is an English electronic musician and record producer who lives in Berlin, Germany. In 2004, they launched their label Rostron Records with Planningtorock’s EP Eins, following it in 2005 with the compilation LP Carousel of Souls that featured songs from The Knife and The Soft Pink Truth.

After signing to Chicks on Speed’s record label in 2006, Planningtorock released the limited edition 7" single Changes/I Wanna Bite Ya, before their debut album was released the following summer. In 2010, Planningtorock collaborated with The Knife and Mount Sims to write an opera for the Danish performance group Hotel Pro Forma. The opera, titled Tomorrow, In a Year, is based on Charles Darwin’s On the Origin of Species.

Rostron identifies as genderqueer and non-binary and legally changed their name from Janine to Jam so as to have a non-gendered name.