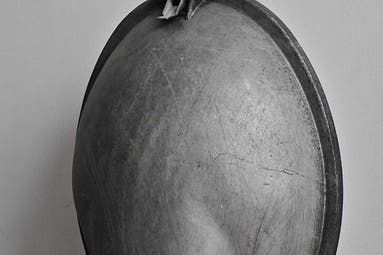 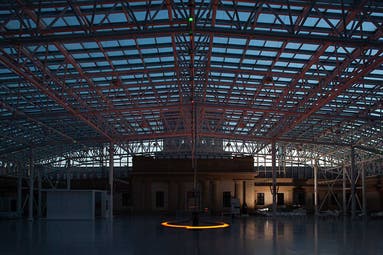 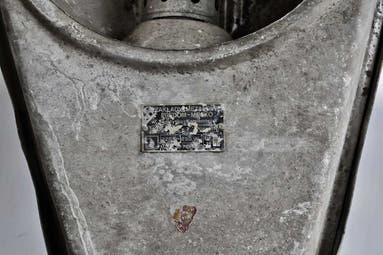 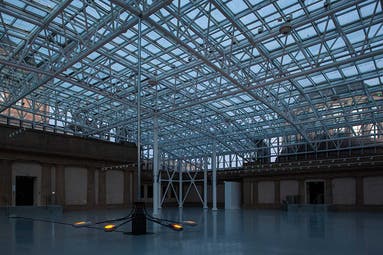 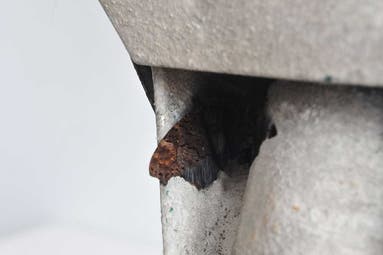 Piotr Skiba: Gazing at the Ceiling, Whether the Star’s Blade Has Already Drilled in

Presentation of the latest artistic project by Piotr Skiba, in which the courtyard of the Four Domes Pavilion becomes the venue for the exhibition of a monumental installation resembling an inverted street lamp.

The original lamps used to create it were made in the 1980s in the Predom-Mesko Metal Works in Skarżysko Kamienna, which was the largest Polish manufacturer of them during the People's Republic of Poland, and today—being part of the Polish Arms Group concern—this company manufactures arms. These luminaries were widespread throughout the country and have permanently grown into the landscape of Polish villages and cities, including Wrocław. The overturned lamppost is reminiscent of street riots during periods of social anarchy or the darkening of neighbourhoods by switching off lamps, which in the previous regime was intended to avert crisis, be it economic or political—and ultimately found its ominous climax during Poland's martial law in 1981. As in his earlier works, Skiba makes use of found elements, subjecting them to a transgression and delocalisation of their meaning, which is never obvious anyway. By placing a quasi city lantern in an enclosed room, the artist releases both meliorative and pejorative associations in the viewer, and with the movement of the rotating lantern, he releases the Human-Spawn, who has been tortured by it, into the space of light.

Piotr Skiba is a graduate of the Academy of Fine Arts in Wrocław, Faculty of Painting and Sculpture, and currently works as a lecturer at the Academy of Art in Szczecin. He has presented his works at individual exhibitions in galleries and institutions in Poland and abroad, including New York (White Box Art Center), Turin (Giorgio Galotti Gallery), Cologne (Berthold Pott Gallery), Warsaw (CCA Ujazdowski Castle) or Wrocław (BWA Awangarda and Museum Współczesne Wrocław). The artist uses mass-produced objects, parts, and materials related to basic, universal human needs. Things such as steel filters, discarded clothes, broken light bulbs and lighters are often combined in bronze and aluminium casts with organic forms, such as insects or epidermis fragments. Using found objects, he introduces the idea of thinking about them archaeologically. By emphasising the physical presence of things and humans, she puts everything on an equal footing. He lives in Wrocław's Kosmonautów housing estate—it is here that he collects and alters found objects (by dismantling or combining them into prototype elements) and creates sculptural hybrids of housing estate monuments.