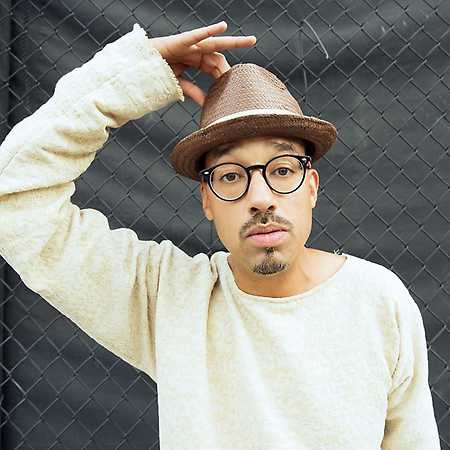 John Kenneth Dust better known by the stage name Pigeon John, is an American rapper based in Los Angeles, California. Between 1997 and 2000, Pigeon John recorded the songs that became his first solo album, Is Clueless. The album was released in 2001 by The Telephone Company and then re-released in 2002 by The Telephone Company/Syntax Records with three new tracks and new artwork. Pigeon John then signed to Basement Records and released Is Dating Your Sister (2003) and Pigeon John Sings the Blues (2005). His single Deception was featured on a series of Nestle Crunch commercials. In 2006, after signing to Quannum, Pigeon John released his fourth solo album, And the Summertime Pool Party. The album has received positive reviews from many sources, including LA Weekly, Entertainment Weekly,and Vibe. His album, entitled Dragon Slayer, hit physical and digital retail in 2010.
In 2019, Pigeon John released They Don’t Make Em Like Me as a single. The song was included in the official Motorola Razr advertisement.