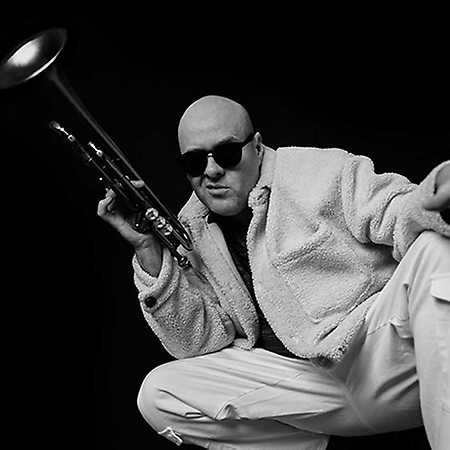 Philip Lassiter’s contribution and relevance to the music industry is as diverse and celebrated as he is. The highlights of his impressive career include four Grammy wins for work with Fredd Hammond and Kirk Franklin, section-leader, arranger and trumpeter for Prince, sought after songwriter and jazz musician, and also the musical genius behind the funk group “Philthy”. This multi-instrumental vocalist brings a broad array of performance ability and genre knowledge to the table.

Two decades of gospel, soul, R&B, funk, jazz and salsa sounds have have served as a combined muse for Lassiter. 8 years in Dallas, TX brought these inspirations to life, and all the while under the wing of some of the most talented musicians and producers in the world. Bernard Wright, Bobby Sparks, Keith Anderson and many others opened new musical doors and further expanded his notoriety in the Gospel and Funk industry. As an arranger with multi-platinum artists including Prince, Fantasia, Kelly Rowland, Roberta Flack, Kirk Franklin, Fred Hammond, Al Jarreau, Anthony Hamilton, Frankie Beverly, Ledisi, Regina Belle, Donald Lawrence and hundreds of others, Lassiter scooped 4 Grammy Awards and gained due respect as one of the premier horn section arrangers in the business.

Several years in Nashville further diversified Lassiters musical portfolio. While there, he worked with the legendary producer Tommy Sims, performed and arranged the music of former Columbia Records country artist Shelly Fairchild, performed numerous awards shows in town including the Dove Awards, The Stellars, and performed with My Morning Jacket at Bonnaroo Music & Arts Music Festival. While in Nashville, Lassiter also formed his funk group Philthy. The talent Philip gathered for Philthy was representative of his working relationships with the best players/performers in Nashville and New York. Now based in DC, he currently leads an 11 piece horn section for Prince and tours nationally and internationally for both Prince and the Philthy ensemble.