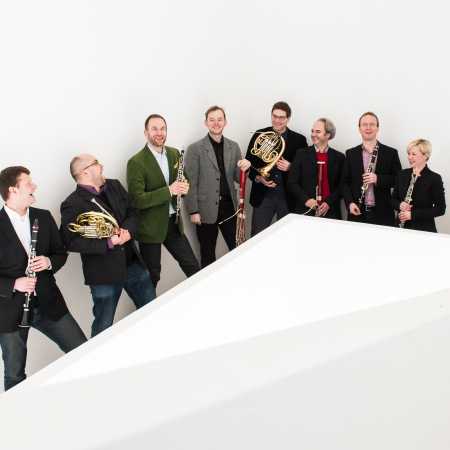 Philharmonia Octet was established under the initiative of Vilém Veverka and Václav Vonášek. Their intention was to create an ensemble which would consist of the best current Czech players and confront the local musical tradition of interpretation with modern European styles and trends. The aim of this ensemble is to enrich the Czech music scene, to widen the repertoire and move it up to an international level. The members of the ensemble are laureates of international competitions, graduates of international Conservatoriums and all of them are members of top Czech orchestras. Every member also focuses on a solo which is typical for the best international ensembles.

The name of the ensemble can be interpreted in two ways: the first as „philharmonic" - Melody, and the expression "harmony“, which has been used for these kind of ensembles since the time of Classicism.

The intention of the PhilHarmonia Octet is to focus on the transfer of interpretation of musical speech from the last four centuries that is from the 2nd half of the 18th century to the beginning of the 21st century.