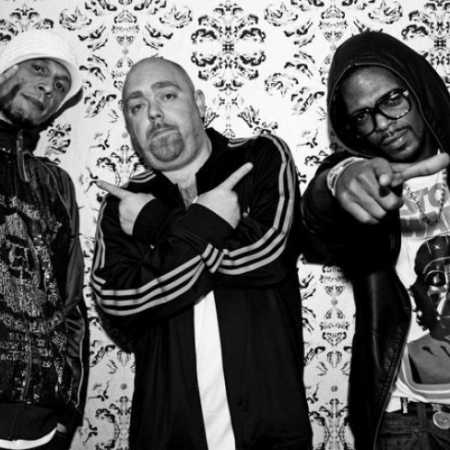 Phi-Life Cypher  Rap It Up

Phi-Life Cypher is a Luton-based rap group. Arguably one of England’s most talented hip hop acts, having cemented their reputation from underground hip hop clubs, today embracing their recent popularity. Phi-Life’s achievements include appearing live on the Brit Awards, touring and appearing on B-side tracks with Gorillaz and DJ Vadim and being voted Best Live Act at Kings College, Cambridge. They are best known for their accomplished stage presence, freestyles and frenetic rhyming.