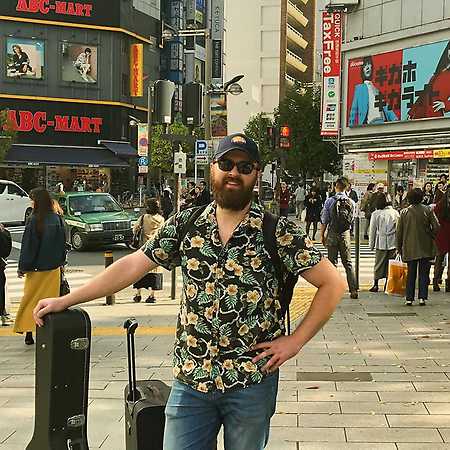 Peter J. Birch, as Brzeziński creates under such a nickname, is a man-orchestra who, regardless of whether he performs on stage alone or with a line-up of musicians, can build a unique atmosphere after just a few bars. He inaugurated his career in 2010 by releasing the EP In My Island. His style, which not only appealed to the listeners, but was also appreciated by journalists and organizers of the biggest festivals, has been shaped by his subsequent releases. Peter J. Birch has performed at the most important events in the country, such as Open’er and OFF Festival, but also abroad, where he had the opportunity to present himself to the audience of many European countries, as well as to play a tour of Japan, which resulted in the release of his fourth album Inner Anxiety on that market.

Peter J. Birch’s style has been gaining momentum for years. The warm sound of the acoustic guitar is accompanied by a strong, masculine voice, which does not lack emotions. The lyrical layer is as important as the sound, which Brzeziński proves on each of his records. Although the style range of the artist from Wołowo is wide, the whole work of Peter J. Birch deserves to be considered exceptionally coherent. The musician succeeds in an incredibly neat combination of elements of William Fitzsimmons' trademark folk music with Bonnie ‘Prince’ Billy, Wilco or Okkervil River’s alt-country accents.