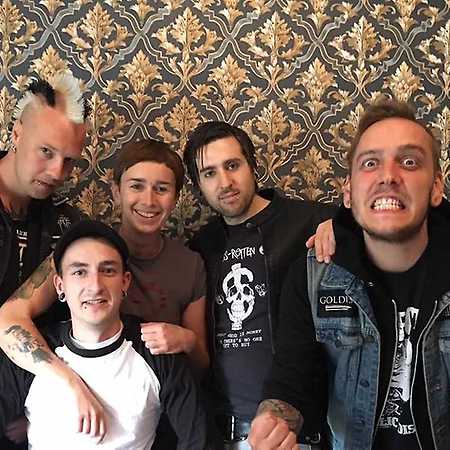 Pestpocken  No Love For A Nation (full Album)

The band was founded in 1997 and released their debut 7" EP Freiheit oder Tod in-house production, followed by some sampler contributions, the EP Virus BRD and concerts at home and abroad. Pestpocken has appeared among others with The Casualties (2000), Tension (2001), GBH, Charge 69 and Skarface In 2003, the split LP was released with Bad Nasty from France, which was still recorded in the original cast, followed by Chris as the second guitarist in 2005. In 2007, the band launched Three days of festivities marking the 10th anniversary of the band, which featured well-known bands such as The Restarts, Stage Bottles, Educational Gap, Rejected Youth and Antidote, Molotow Soda, Rawside and Los Fastidios 15-year band existence.