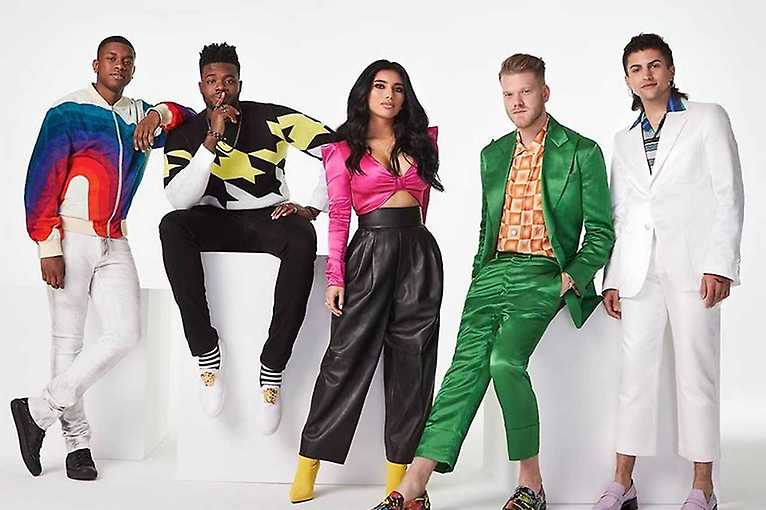 The world’s most famous a capella band will come to Poland in May 2021.

The group’s concert was originally scheduled to take place in March 2020 and was completely sold out. Even though the original plans were thwarted by the pandemic and the March date had to be cancelled for safety reasons, the band was invited again.

Pentatonix is the most recognizable and titled a capella band in the world, consisting of five vocalists who create music combining pop, dubstep, electro, reggae, hip-hop and classical music. Apart from original songs, Pentatonix are famous for their arrangements of pop hits and popular Christmas songs. The group won 3 Grammy Awards and their albums are constantly on the Billboard list (ten albums reached the top 10 of this list, two of which won first place) and have repeatedly became multi-platinum, platinum and gold.

Recently, Pentatonix presented their EP At Home. The project consists of six new arrangements of tracks by such artists as The Weeknd, Billie Eilish, Dua Lipa, Clean Bandit, and The Cranberries. An interesting piece is Home – a mashup of 13 songs about home, where you can hear songs of such musicians as Madness, Michael Bublé, Fifth Harmony, Flo Rida, Ozzy Osbourne, Mötley Crüe, and many others. All the music videos from the EP were arranged and recorded during the quarantine.

The exact schedule of the concert will be published here and on the organizer’s website in the week of the event.

Tickets Save Saved Loading
Call Me By Your Name: Live in Concert Warszawa, COS Torwar sun 7/3 21:00