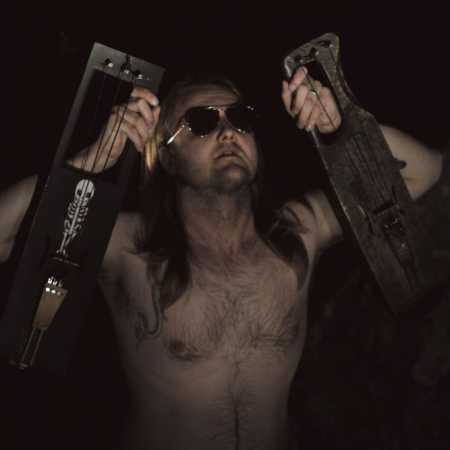 Weaker natures at his concert creeps. If the Nordic folk dark punkáčskou offshoot, the inventor Pekko Kappa. A grim and harrowing songs played on the Finnish archaic tool Jouhikko (half lyra, half violin). Jouhikka church burned in the past collectively refer to them as “the devil's tools”, but luckily not off the infernal tradition. Pekko your instrument embellished pirate skull and crossbones design is equally provocative and his electric guitar.

Kappa forms of neo-folk songs of the hangman gallows and exhibits from the fictional satanic Museum. “The ancient tools have limits which I have adapted accompaniment guitar in my group has three strings and bass even just two,” says Kapp. His first album was nominated for the Finnish ethno-grammy, the latter became folk album of the year, last year’s concert was a sensation Käppiho fair Womex. In the fierce competition of the dark Nordic genres find an artist who would Käppimu settled. – Translated by Automatic service