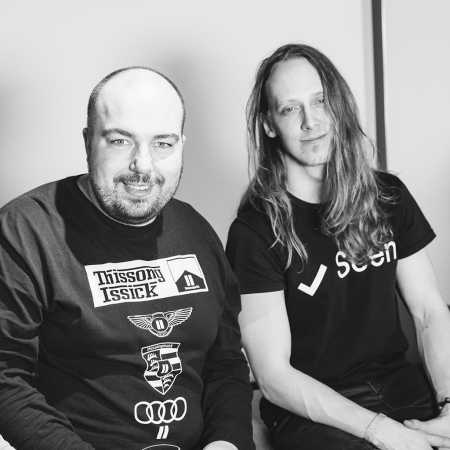 Pegboard Nerds is a Danish-Norwegian electronic music group, consisting of Norwegian DJ Alexander Odden and Danish DJ Michael Parsberg. Since joining forces in 2012, Pasberg and Odden have accumulated hunderds of millions of plays online and developed a loyal following among their fanbase dubbed #NerdNation.

Their cartoon alter-egos and trademark pixelated hearts have distinguished them from ordinary DJs as an unforgettable brand. Working with the biggest EDM names such as Krewella, Excision, Nicky Romero, the Pegboard Nerds are here to wreak havoc in the dance musicc community.