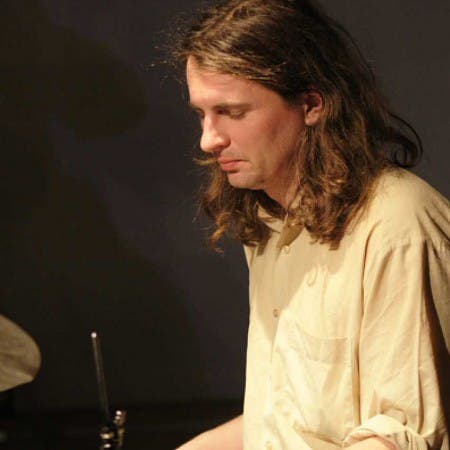 A drummer associated with a Warsaw’s scene of the Club Pardon, To Tu. A member of the permanent musical projects such as: Hera, Cukunft, Wovoka. He works with m.in. with Mikałaj Trzaska and Rafał Rogiński. Szpura has not received a musical eductaion. Despite this he played with the masters: Peter Brötzmann, Pheeroan AkLaff, Hamid Drak, Nicole Mitchell, Maria Răducanu, Frank Londonem.