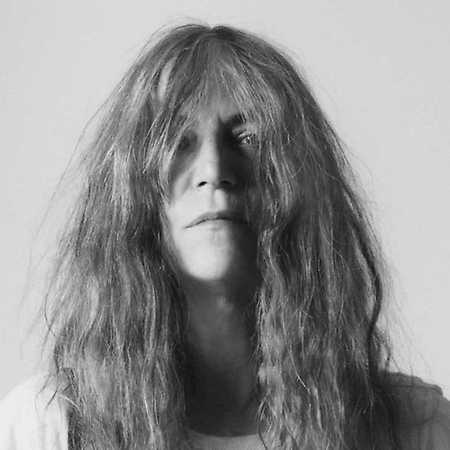 Patti Smith  Because The Night

Patti Smith is a prominent American singer, musician, writer, lyricist and poet. Among the main protagonists of American punk and new wave. Patti Smith, the first devoted to poetry, occasional journalism and writing plays. Her poetic beginnings are influenced by French poetry of the 19th and 20th centuries, especially the cursed poets and their successors (Arthur Rimbaud). In New York she met photographer Robert Mapplethorpe, whom was friends until his death in 1989. Mapplethorpe is also the author of the photos on the packaging of her album Horses and Wave. Music began to deal with since 1971, when temporarily worked with the Blue Oyster Cult, however, began to sing just before the onset of their group Patti Smith Group (1974), composed of Lenny Kaye (guitar), Richard Sohl (keyboards), Czech emigrant Ivan King (guitar, bass) and Jay Dee Daugherty (drums). Along with her this set recorded between the years 1975-1979 the most famous titles of its production, which are Horses, Radio Ethiopia, Easter and Wave. The first of them was still somewhat reminiscent of the New York production of “Factory” by Andy Warhol in the 60s, especially the formation of Velvet Underground (album indeed produced by John Cale). The next three albums already clearly bear the original manuscript, which holds both the urgency of punk approach and a specific delicacy and poetic. That can be seen as unique exploration of the main benefits of this singer, poet, musician, activist in the struggle for human rights in one person. We can say that Patti Smith was one of the first troubadours punk and new wave, but in a completely unique design.

After the band broke up with Patti Smith for a long time the music stops and poses with pay until 1988 album Dream Of Life, which does have within itself the elements of pop, but on appeal and creativity he does not diminish. Since the release of this album, the singer appears with large delays with several other boards, but which by its previous production quality levels below (the last in 2004). In the meantime, they released a compilation album, which maps to produce the heyday of the artist as a kind of cross-section of life. Currently, Patti Smith again primarily devoted to poetry.