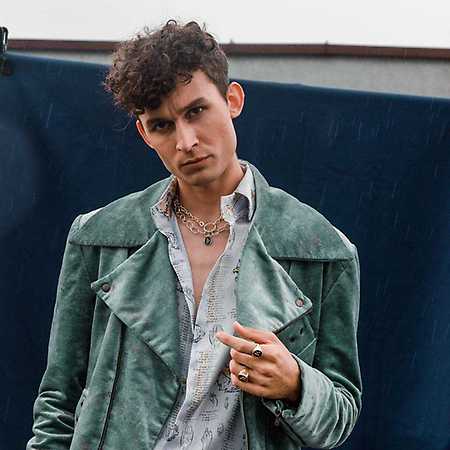 Patryk Szczepanik is a Polish internet creator, has been running his YouTube channel since 2014. Although he has been creating online for many years, he felt for a long time that showing only the funny side of himself would one day stop being enough. In 2021, he debuted with the album Pierwsza. The album contains 9 compositions in the genre of popular and alternative music. Patryk has always been passionate about music and occasionally published his covers on youtube. As he says himself, he needed such a first, sincere externalisation. For years, he had been jotting down in his phone ideas for melodies or fragments of lyrics, which he finally dared to show to producer Michał Wrzosiński and Zagi, who supported the project with lyrics and melody. In November 2020 all these ideas, sketches and stories during creative meetings turned into songs and soon into a whole album.