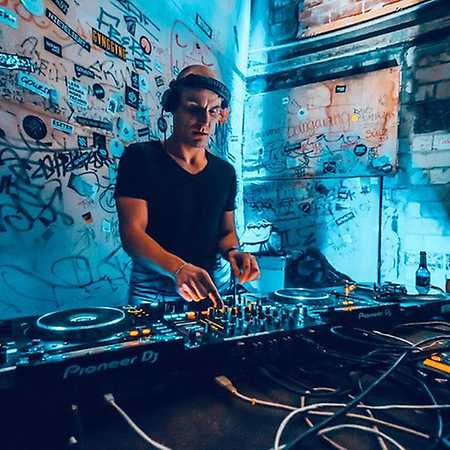 Patrick Brosin was born and grew up in a suburban town of Berlin. Influenced by the mixtapes of his brothers, he came in contact with the Berlin club scene at a very early age. When he was twelve years old he began to record cuts of the radio show Rave Satellite. He got his first turntables at the age of 14. Since then, his career has been developing.

He started a DJ team with his friend Syankali. During this period, he played under the moniker Del Bricksten and was a resident of Suburb Club in Dahlewitz until the club closed in 2004. Meanwhile, the Tool-Players project with Syankali was running until 2010.

In 2012 he moved to Berlin for studying. For a while, he rather focused on producing and reorienting himself. This helped him to improve his sound and to find his identify with Berlin. He began with fast techno over 145bpm, but today he rather plays melodic and slower sounds between 126 and 130bpm. In 2014 he started his own label .defaultbox.