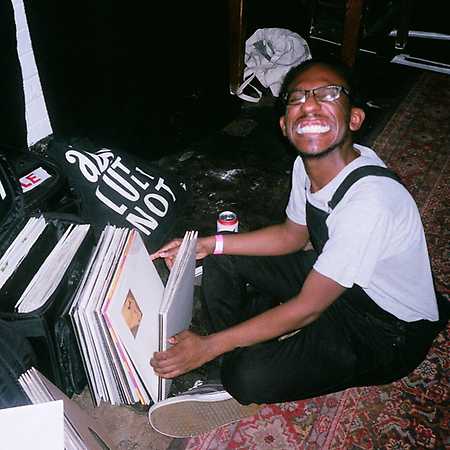 In a genre typically defined by weight, Dwayne Parris makes music with an exquisite sense of lightness. His records for Hemlock, Idle Hands and The Trilogy Tapes have all been defined by a shadowy negative space that throws their lilting rhythms and silky sub-bass into stark relief.

His sound is a product of his biography: a London native who has also lived in Bristol, he has been following grime since it was born, and later fell for dubstep, becoming a regular at Plastic People’s FWD>> nights.

In 2013, Youngsta took him on as an assistant helping him to run Tempa, which released his first 12-inch, a split with Wen, a year later. Since then, his style has gotten deeper and deeper with each release, culminating in the utterly singular 2 Vultures EP.

As a DJ, Parris pursues many of the same qualities he does as a producer: haunting atmospheres, dub-inspired rhythms, elegantly spare compositions.