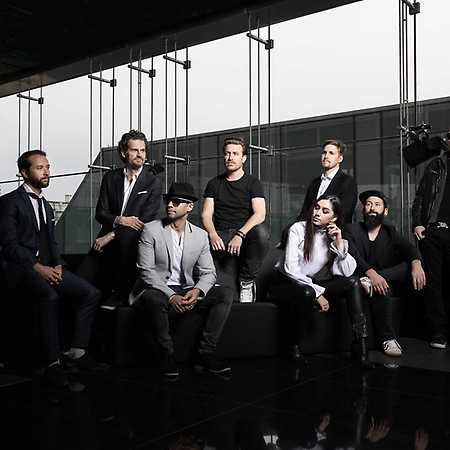 Parov Stelar is a band united around Parov Stelar, one of the most influential musicians of the Austrian independent scene. His work is characterized by an exceptional combination of electronic music with distinctive elements of jazz and swing. Together with the natural concert performance, Parov Stelar Band ranks among the best the Austrian scene can offer.

The music of Parov Stelar is being played in many movies, TV shows and commercials all over the world. His first EP Kiss Kiss and his next album, Rough Cuts in 2004, immediately opened the door to the international electronic music scene. His unique sound, a specific approach to music production and an unorthodox combination of musical genres, soon made him the star of the dance scene. With his subsequent albums and more than 20 EPs, he has managed to not only to keep his position, but he has incredibly strengthened his status and now has millions of enthusiastic fans around the world. Parov Stelar Band has performed live over 700 times around the world, including sold-out shows at Playstation Theater in New York, Alexandra Palace in London, Zenith in Paris and Columbiahalle in Berlin. They played at many big festivals such as Coachella, Glastonbury, Sziget and together with La Fete de L’Humanite, they also played in Paris in front of 100,000 people. Parov Stelar has also collaborated with other renowned artists such as Tony Bennett and Lady Gaga, Marvin Gay, Lan Del Rey, Bryan Ferry, Aron Chupa, and many others. He received 7 Amadeus Music Awards in his home country. His compositions have been used on over 700 compilations around the world (e.g. Costes, Buddha Bar and Electro Swing) and have been used in a number of TV shows and films. There are dozens of TV ads with his music, including ads for Audi, Bacardi, Colgate, Google, Microsoft, and Nespresso