The Parkbühne Wuhlheide in the Volkspark Wuhlheide, located in the district of Treptow-Köpenick, is a listed open-air venue in the form of an amphitheater, which offers space for up to 17,000 visitors.

The open-air stage was built in 1951 on the occasion of the 3rd World Festival of Youth, and in the following years a variety of events took place there. Today it is mostly used as a concert stage.

As the Parkbühne was in a desolate condition in the early 1990s, it was thoroughly renovated and modernized in 1996 and 1997 and reopened as Parkbühne Wuhlheide in 1996.

In 2008, the stage was awarded the Live Entertainment Award in the category Location of the Year. Among the many bands that have already performed at Parkbühne Wuhlheide are Die Ärzte, Black Sabbath, Mando Diao, Rammstein and Radiohead. 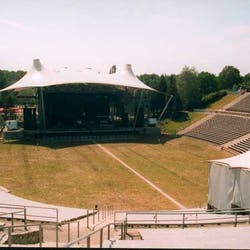 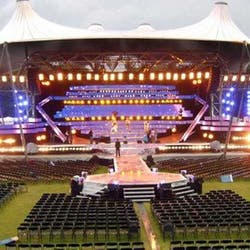