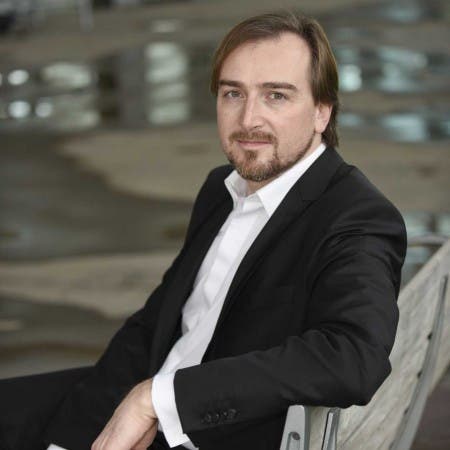 From Jonas Kaufmann, Diana Damrau and Jospeh Calleja to Christian Thielemann – Italian conductor Paolo Bressan is making a name for himself among the top talents in classical music Bressan launched his career at the Mecklenburgische Staatstheater Schwerin and Theater Kiel, where he conducted a wide range of repertoire. He also served as principal conductor and artistic administrator of the city of Schwerin Youth Symphony Orchestra, where he continually broadened his symphonic repertoire. Paolo Bressan was the founder of the first “Jugendsinfonie Orchester Festival Schwerin,” where Symphony Youth Orchestras from Berlin and Hamburg were given the chance to make music together under the patronage of Manuela Schwesig, the federal ministry for family affairs and youth.

In January 2015, he made a highly praised, critically acclaimed debut at the Vienna Konzerthaus in concert with Joseph Calleja and the Brno Philharmonic Orchestra. In June 2015, Bressan prepared orchestras and chorus for a four-city tour of Tchaikovsky’s Iolanta starring Anna Netrebko and conducted by Emmanuel Villaume (Lucerne, Copenhagen, Monte Carlo, and London). In February 2016, he made his debut in Prague and he appeared for the the first time at the Théatre-des-Champs-Elysée in Paris with the PFK Philharmonia Prague and tenor Bryan Hymel.