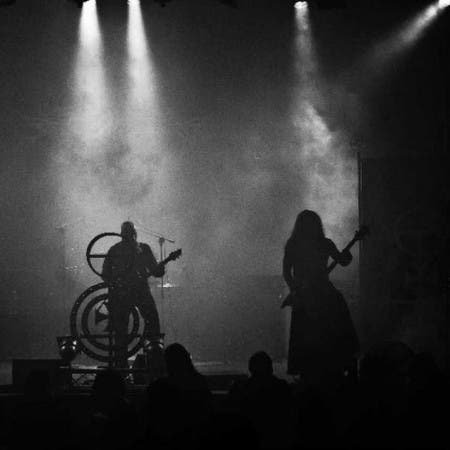 The beginning of a complex history of Pandemonium dates back to the end of 1989, when Paul and Peter aka Żuber (R.I.P), fascinated by “Necronomicon” and inspired by accomplishments of Hellhammer, Bathory, Venom and Samael, bring into being a first band in Poland which created such dark, majestic and severe Black Metal. Their first official publication, demo titled “Devilri”, which at present is almost cult, was sold in thousands of copies which made Pandemonium, next to Kat, Vader and Imperator, one of the most popular band of Polish underground in the 90’s. The debut album “The Ancient Catatonia” only established the position of the band, strengthened its status and at the same time contributed to the band’s growth in importance. At that moment it seemed that the Seventh Gate had just opened and Days of Glory are to come.

It is important to make a note of few significant facts. Pandemonium is the first metal band with this name which have been active on a music stage for over 20 years, which makes them a substantial part of the history of metal music. Among their achievements there are many publications, which have been re-edited several times, they gave hundreds of concerts with such recognised groups as Slayer, Celtic Frost, Morbid Angel, Behemoth, Cannibal Corpse, Vader, Samael, Unleashed, Asphyx, Desultory. Among the members of Pandemonium used to be the musicians of several important Polish bands, such as Imperator, Hate, Hazael, Tenebris, Riverside.