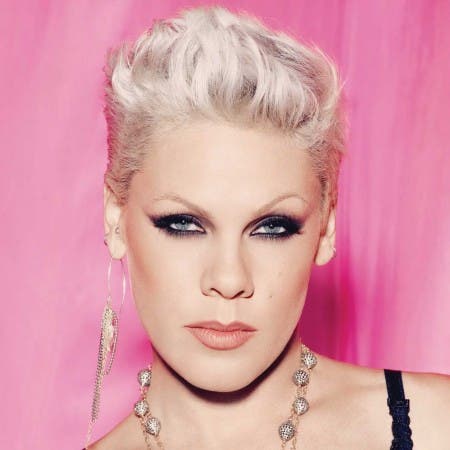 P!nk is the artistic pseudonym for popular American singer Alecia Beth Moore, who flew onto the music scene in 2000 with her R’n’B debut Can’t Take Me Home. Many songs from this album quickly fell into the top 40 most played songs in the U.S. The real breakthrough, however, came from the album Missundaztood with hits like Just Like a Pill and Get the Party Started. It sold over 13 million copies worldwide. The following track, Try This, recorded a smaller amount of sales, but the next album I’m Not Dead in 2006 was much more successful. The fourth album Funhouse included hits such as Funhouse, So What, Sober and Please Don’t Leave Me. In 2010, she decided to recapitulate her career and prepared the compilation album, The Greatest Hits…So Far!. Her latest work includes the album The Truth About Love, released in 2012 and Beautiful Trama, released in 2017.