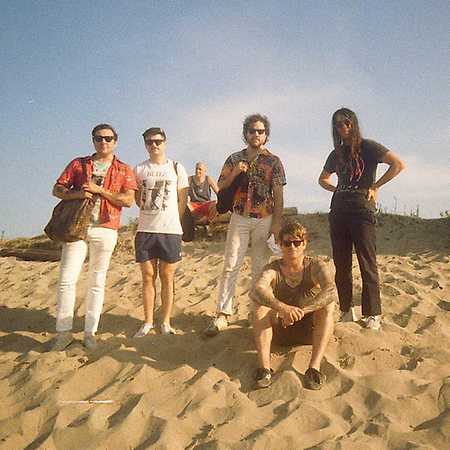 Osees are an American rock band formed in San Francisco, California in 1997. Core member of the band is John Dwyer who has been active on the San Francisco indie scene since the late ’90s. He has worked with several bands, including the Coachwhips, Pink & Brown, Yikes, Up Its Alive, and Swords & Sandals, among others. He formed Osees (which is an acronym for Orinoka Crash Suite, Orange County Sound, or whatever Dwyer decided it was on any given day) initially as a vehicle for the experimental instrumentals he was producing in his home studio. The band has changed its lineup and name several times, having previously been known as Orinoka Crash Suite, OCS, Orange County Sound, The Ohsees, The Oh Sees, Thee Oh Sees and Oh Sees. Since 2013 the band has released several albums.

The Darker My Horizon