The history of the orchestra in Polish Radio dates back to 1934. In order to fill the airtime with music and follow the example of other European radio stations, the management of Polish Radio decided to establish its own choirs and music ensembles. The most important of them became the Polish Radio Symphony Orchestra in Warsaw, created by Grzegorz Fitelberg. While building the repertoire of the new ensemble, great emphasis was placed on documenting musical culture in all its dimensions – symphonic classics, stage music and the latest works. Thanks to the exchange with foreign radio stations, the orchestra also played an important role in promoting Polish music on the international forum. In 1945, after the war, Stefan Rachoń, conductor and violinist, reactivated the Polish Radio Orchestra, not only by organizing concerts, but also by creating many recordings, also for the Polish Television. For thirty years the majority of the repertoire was then popular and popular music. In the mid 1970s the orchestra developed. There were also changes in the position of artistic director. Subsequently the directors were Włodzimierz Kamirski, Jan Pruszak and Mieczysław Nowakowski. In 1990 Tadeusz Strugała took over the position, during whose term of office the orchestra moved from the Myśliwiecka Street studio M-1 to the Witold Lutosławski Concert Studio of the Polish Radio at Modzelewski Street. On February 2, 2015 Michał Klauza was appointed Artistic Director of POR. 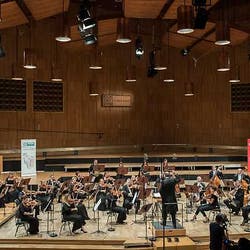 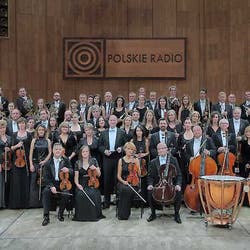 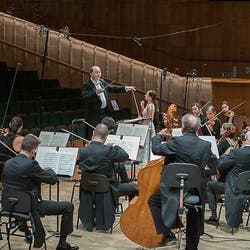 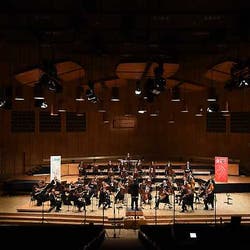