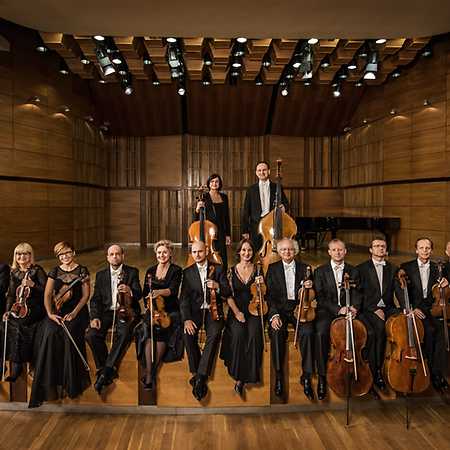 The National Philharmonic Chamber Orchestra is an ensemble that draws on the long and rich tradition of chamber music performed by artists with roots in the Warsaw Philharmonic. The first chamber ensembles were created here already at the beginning of the last century. In the 1960s and 1970s the Warsaw Philharmonic Chamber Ensemble led by Karol Teutsch was successful on stages all over the world. Other ensembles featuring musicians of the National Philharmonic have also gained international recognition. The 1990s were a period of activity for a string ensemble, which gave concerts with eminent soloists (Konstanty A. Kulka, Nigel Kennedy) and made disc and television recordings.

To celebrate the 100th anniversary of the Warsaw Philharmonic, the Warsaw Philharmonic Chamber Orchestra was reactivated under the patronage of Antoni Wit. The ensemble consists of leading instrumentalists of the National Philharmonic, including members of the former Karol Teutsch ensemble. The artistic direction of the ensemble was taken over by Jan Lewtak – a graduate of the F. Chopin Academy of Music in Warsaw in Zenon Brzewski and Mirosław Ławrynowicz’s violin class, a laureate of violin competitions and of the Radio and Television Committee’s award, an artist with a rich solo and chamber music output.