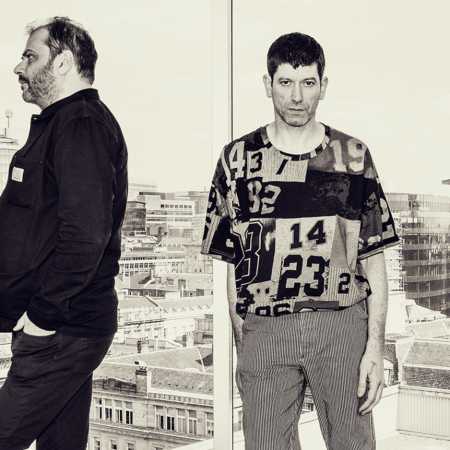 Optimo is a DJ duo consisting of JG Wilkes and JD Twitch whose legendary Optimo night in Glasgow and at venues all around the world mixes techno, electro, rock and other assorted left field records.

Optimo started in 1997, though Twitch and Jonnie Wilkes had each been DJing solo for ten years. Both had started out playing different music: Twitch at first played electro, noisy rock and eighties New York punk and Wilkes reggae, funk and jazz. Then techno came along and Twitch co-founded Scotland’s first techno club, Pure, which ran for ten years, became legendary and was the first club in Europe to book Jeff Mills, Green Velvet and Richie Hawtin.

In 1997 they founded the clubnight Optimo as a reaction to the omnipresent 4/4 techno. Depending on the duo’s mood, their sound varies from sleazy funk to post punk, electro, 50s swing and anything in between.