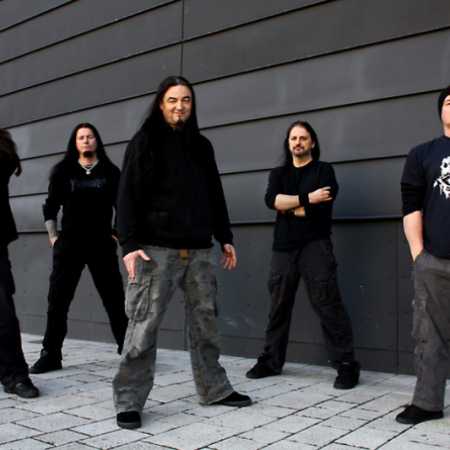 British thrashers Onslaught certainly are not the most prolific band in the world, but when it heads for the studio to record new material, it’s always a treat for critics and fans all over the world. Their whole effort began in ancient times New Wave of British Heavy Metal in 1982, when initially but were influenced by the second generation of hard-core punk, but gradually tended to metalovému sound typical of those years, which was captured on their debut "Power From Hell , “followed in 1986, their most fundamental work” the Force “with classic songs like” Let There Be Death “or” Metal Forces ". In 1989 he published his best-selling album “In Search of Sanity”, but unfortunately disagreements over further towards the continuation of the band meant dissolution of the strongest group in 1991 for 14 long years. Good Beast had never sleeps forever, their comeback took place in 2005, signing with the label Candlelight Records and also veledůležitého release of the album “Killing Peace”. Followed by two years of hard touring throughout the UK and Europe, which have gradually gained back right metal fans. – Translated by Automatic service